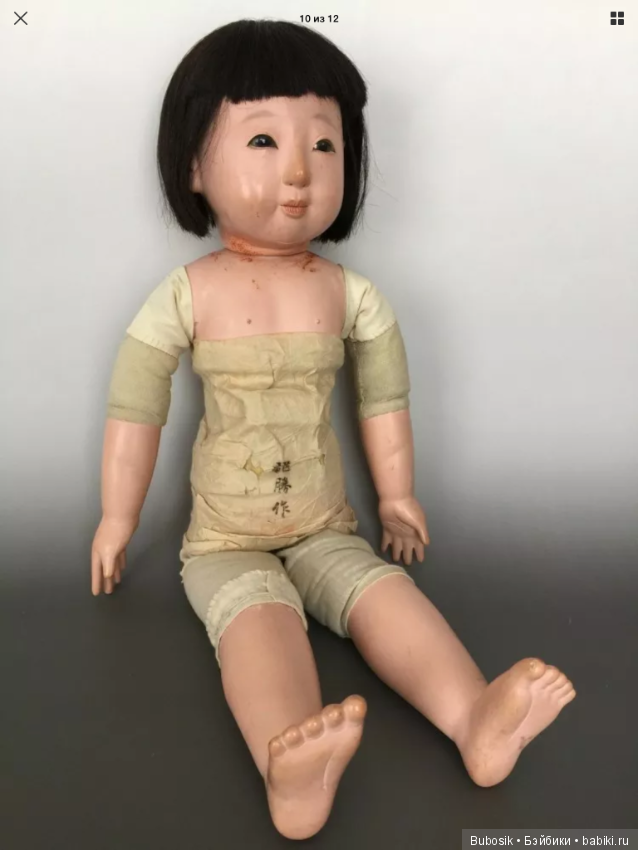 What is Bossierer?
And this is the common name of the Sonnenberg artisans who made dolls. For the first time, this name was found in documents in 1781. Initially, Bossierer was engaged in the processing of various wooden objects and mirrors. They made dolls, you won’t believe what :)) from the dough. The dough was kneaded with glue to the desired plastic mass, and a head was molded over the wooden base. Hands were made from dough sausages, bending them in half, flattening the ends, and forming fingers. All this was attached to a skeleton made of wire and wood, dried in an oven, and painted. Bossierer has achieved great skill in the production of such dolls.

When papier mache appeared (1800) the Bossierer Guild fell out with the Pressers Guild. Refusing to work with new material. The Miningham government, which is responsible for the Sonnenberg area, decided not to favor Bossierer. The conflict continued until 1849 when Bossierer and Pressers merged into a corporation. The main reason for the end of the war was that bread dolls were less durable and lost to papier-mache dolls. They did not live up to us, they crumbled from time to time (or mice gnawed:)))) Since then, the difference between these two areas of handicraft has ceased to exist. By 1925, everyone involved in the toy industry was calling themselves Bossierer.

Christoph Mochmann, called himself Bossirer and received patent 29 for a puppet body with a “mom, dad” voice mechanism. It is not entirely clear that it was such a modification of the body with a voice mechanism that was patented, but it was the name Motschmann Christoph that this type of body received. The name is a bit of a misnomer, but it stuck with these bodies.

Japanese dolls made a splash among Europeans. The Germans produced a huge number of Taufling dolls with different versions of these bodies. Also, Japanese dolls inspired Steiner.
Why did the body begin to be called by the name of Mochman? And because almost all of these bodies were equipped with a sound mechanism, many were stamped Motschmann Ch 29 (patent number), but this refers specifically to the sound, not to the body.

The body had two versions. One, German-Japanese, with swivel feet and tassels and booty.
The material from which these bodies were made is papier mache or wood.
The second is French. This is porcelain. And in very rare cases – papier mache.

The name Taufling refers only to German dolls, while the Motschmann type applies to both German and Steiner dolls. Unfortunately, in any material, these bodies are rare.

or: How to identify antique dolls In 2014, Theriault sold a bisque doll for $300,000. The antique doll was one of the few surviving dolls...
or: How to buy antique dolls Generally speaking, an antique is an object over 100 years old, or in some cases, over 80 years old....
or: German antique doll bodies So: "Body Book" Flo Theriaults 1999 With doll bodies, everything is not so simple. But we have a good book...
or: How to distinguish a replica/fake from the original doll The general to distinguish a replica/fake is to know what the original looks like. To...
or: You are your own appraiser of antique dolls To be more inquisitive, and critical. Check the information about the doll yourself. How to find...
or: How to protect and store antique dolls Whether it’s a collection passed down to every new generation in your family or a passion that’s...