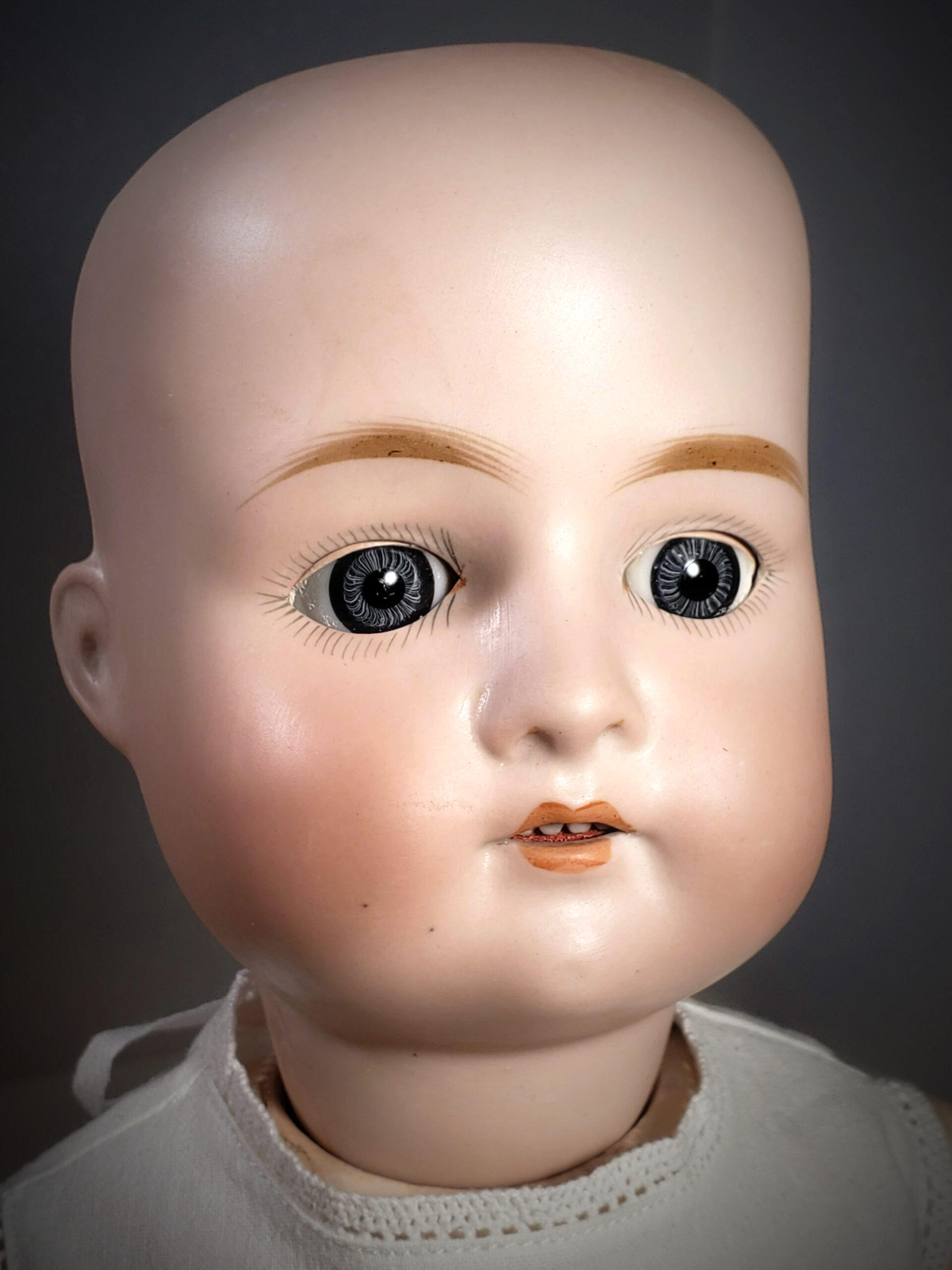 The Dressel family toy and doll business in Sonneberg, Germany has a long history, passed from one generation to the next, and by 1873 the company was known as the Cuno & Otto Dressel Factory.

Cuno Dressel died in 1893, and Otto continued the business with his sons Otto Jr. and Ernst.

The production process of creating a doll at the Cuno & Otto Dressel Factory in the early 20th century (Sonneberg, Germany)

Brothers Cuno and Otto Dressel were at least the fifth generation of the family in the toy business when they took ownership of the company in 1873. They were the wealthiest and most famous citizens of Sonnenburg, and the company had an enormous headquarters in a former ducal palace. Their sample rooms showcased more than 20,000 dolls and toys.

The trademark Holz-Masse was granted to the Dressels in 1875. The English translation is “wooden composition.” The mark was used on heads as well as bodies.

Dressel expanded to three factories; dolls were produced in Sonneberg, metal toys in Nürnberg, and wood toys in Grunhainichen, Germany.

The company very actively registered design patents for its dolls. One of these, in 1897, was for a doll jointed with metal springs instead of an elastic cord. In 1901, they patented mechanisms for dolls that could walk, move, and dance.

The Dressels had a huge export business and put a lot of effort into developing dolls that would be light in weight. Butler Brothers were their biggest American customer.

Otto Jr. and Ernst became sole owners of the company with the passing of Otto Sr. in 1908. The firm registered the trademarks Bambina in 1909, and Poppy, for soft stuffed dolls, in 1912.

Otto Jr. retired in 1914. That same year, a massive fire destroyed the entire company complex, but they quickly rebuilt and opened several new branches as well, in Grünhainichen, Nuremberg, and Berlin. The firm continued with a succession of family members in leadership positions, until World War II.

or: Heinrich Stier, the talented spy or manager of puppet production? Heinrich Stir was born in Sonenberg in 1814 in the family of a bossier....
or: Antique dolls - doubles Today is about antique doppelgangers. In the middle of the 19th century, the undisputed dominance in the production of dolls...