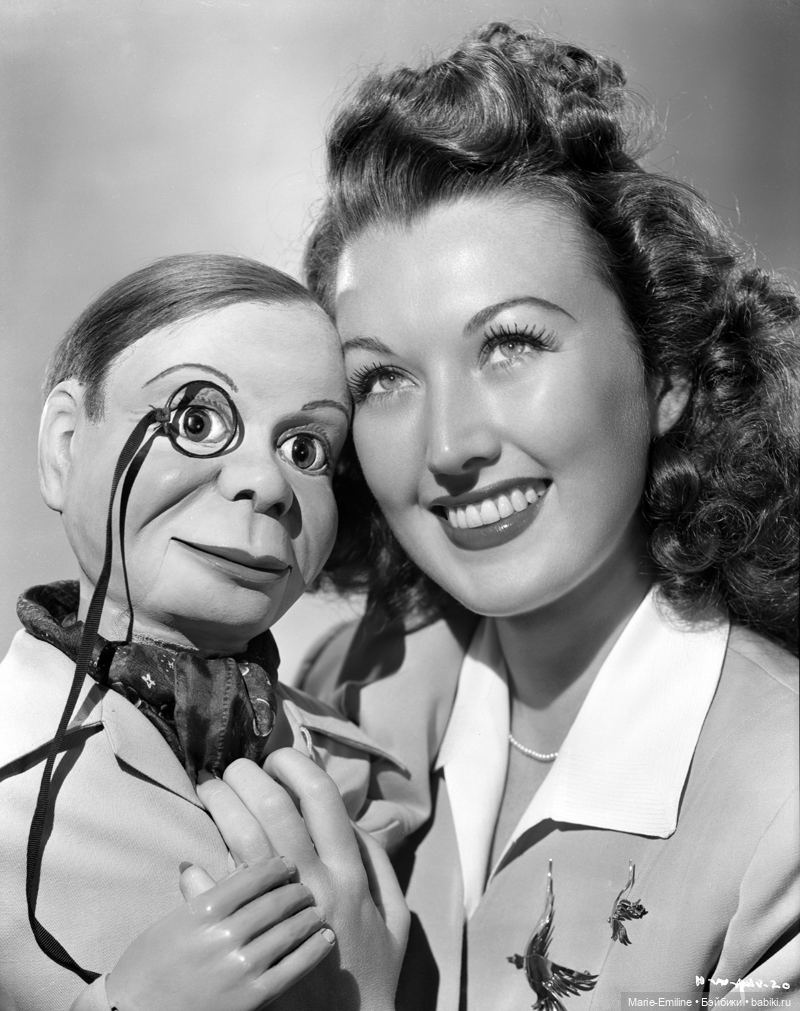 or: Eerie performances of the early 20th century

At the end of the XIX-beginning of the XX century among other strange entertainments, performances of ventriloquist puppeteers were very popular. They went on stage with creepy dolls that supposedly talked, while their owners were silent. For modern inhabitants, these dolls do not cause anything but fear and disgust, while 100 years ago people were dying of laughter, looking at the performances of “speaking” figures.

Hundreds of years ago, ventriloquism was considered a religious practice. People believed that the sounds in the stomachs were the voices of the dead or the prophecies of the future. There were those who undertook to interpret the rumbling of the stomach. In the Middle Ages, those who had the ability to speak with their mouths closed were accused of witchcraft. And at the end of the 19th century, ventriloquism began to make money.

The ventriloquists performed with huge puppets. During the performance, it seemed to the audience that the artists were silent, and their puppets were talking. To the modern layman, the appearance of “talking” figures seems, to put it mildly, creepy. Dolls were made of wood or paper-mâché, which made them look angular. And hypertrophied faces were painted so that they were visible to the audience in the back rows.

One of the most famous ventriloquists was the Great Lester (Harry Lester). This man was able to speak with his mouth closed so masterfully that in his practice there were many curious and not very cases. While the other ventriloquists performed with a puppet on their lap, the Great Lester paced the stage drinking water while his puppet, Frank Byron Jr. “talked”. Once they decided to play a trick on Lester and poured whiskey into his glass instead of water. Not a single muscle moved in the master’s face as the doll coughed and spat.

Another time, the Lester doll was accused of murder in 1924. During the performance, three old women died of laughter. When the police arrived, eyewitnesses claimed that the doll was talking, and the lips of the Great Lester did not move. The artist’s guilt was not proven, but his “partner” got more. Frank’s doll was taken to the police station, filed a case, photographed, and … forever banned from performing on stage.

Some ventriloquists treated their dolls like family members. Puppeteer Edgar Bergen was so attached to his “partner” that he sat him down to eat with his family and often took pictures with his daughter Candice.

or: Why hair grows on a Japanese doll Okiku Japanese horror stories are among the most creepy. Sometimes their origins originate in reality. And one...
or: Dolls for entertainment in Europe in the 19th century A popular type of doll in the 19th century. Their skirts were made from pieces...
or: Naked doll young ladies 18th -19th centuries Wood and paper-mâché in the doll bodies of young ladies of Northern Italy in the early 18th...
or: Wooden toys from Germany in the 1950s Wooden musical wine stoppers start playing music when the bottle is tilted. Musical stoppers for wine bottles...
or: Frightening dolls find In 1836, an amazing and somewhat frightening find was accidentally made, which is now stored in the national museum of Scotland...
or: Limberjack, Jig doll Dancing dolls or Limberjack, Jig dolls have been used for at least the past one hundred and fifty years in Great...